The symbolist artist, Flora López Castrillo, was much more than the faithful disciple of Antonio Muñoz Degrain.

In the last decades of the 19th century, the presence of women artists in participative exhibitions and contests was increasing, a fact that began to give them a certain standard and validity on the part of critics and other artists.

However, the constant struggle to obtain artistic recognition for women was conditioned by certain conditions that they had to fulfill, regardless of their social status. Examples such as, painting or sculpting from very specific canons taught in schools or conforming to genres such as flowers, still lifes. Pictorial styles assigned directly to women to conform to the “finesse” and “delicacy” that they showed socially.

Despite the circumstances, many brave women went beyond these stipulations and represented historical scenes, war scenes, portraits, landscapes and seascapes, as was the case of Flora López Castrillo.

Very rarely is known about the painter before 1905, the year she began her studies at the Escuela Especial de Pintura, Escultura y Grabado in Madrid, until 1911. The school was an extension of the artistic teachings directed especially to women of the Real Academia de Bellas Artes de San Fernando, therefore, the artistic education was based on the academic principles inherited from the École des Beaux Arts Paris.

Very soon, Flora stood out for her landscapes and became one of the few women artists of the early twentieth century to devote herself to this artistic genre, mainly derived towards the marine. A type of genre that was more popular among women artists in France and England.

From her beginnings, the painter stood out for her own characteristic style, so that she began to win prizes in all the contests she entered and in the subjects she studied. At the end of her studies she obtained honors in all subjects.

Very soon, Flora met the Valencian artist Antonio Muñoz Degrain in his classes, who saw in her something different and invited her to join the students of his private workshop. Over time, Flora was the painter’s favorite student. According to the painter’s witness, he considered Flora López his only disciple.

The Spanish painter followed in her master’s footsteps over the years until she adapted and fused her characteristic symbolist style with Muñoz Degrain’s brushstrokes.

In 1920, Flora López became a drawing and painting teacher at the Escuela del Hogar y Profesional de la Mujer (Women’s Home and Professional School), aimed at training women to “fulfill” the role of mothers and housewives, so that they could also have a training with a trade to earn their own income. The artist taught art classes until 1948 when she was forced to retire at the age of 70. 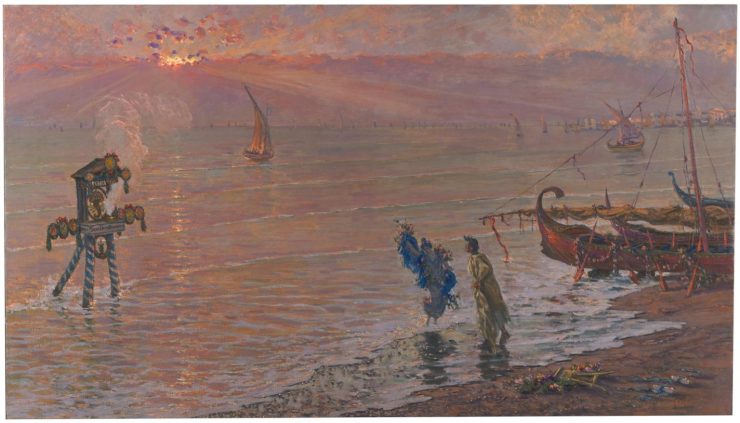 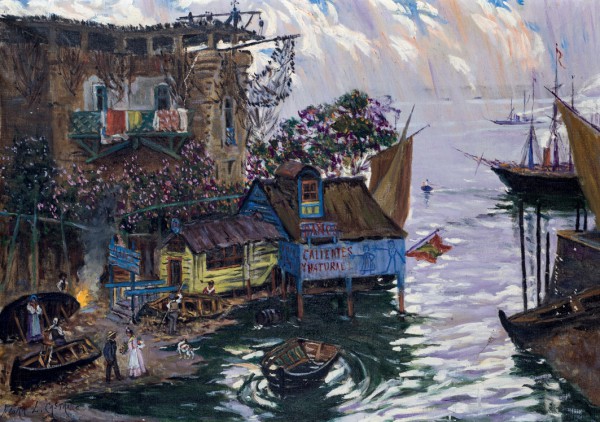 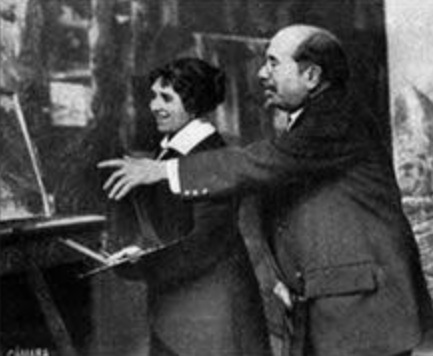 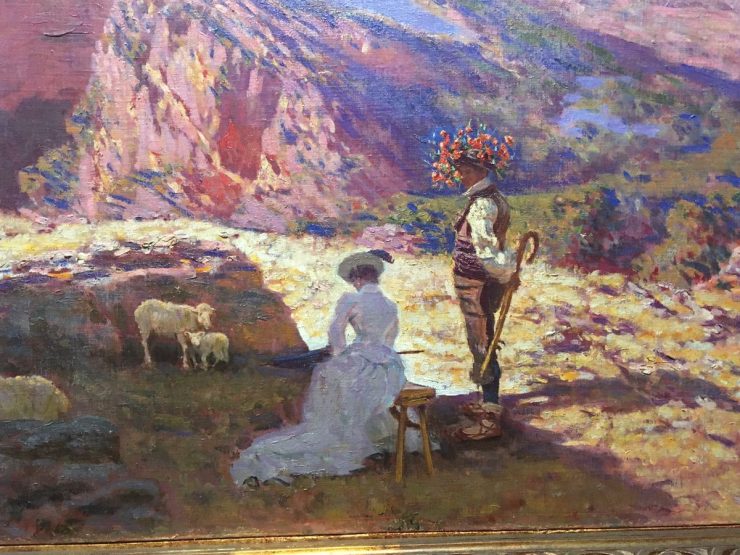