Home » News » There is only one step between copyists and forgers!

The beginning of artistic creation automatically gave way to the notion of copying. Nevertheless, why does art revolve so much around the concept of authenticity?

The fact is that each work of art is a unique expression of an individual creative talent and is the result of a specific personal, historical and cultural context. While copies are faithful reproductions of pieces executed without fraudulent intent, forgeries, even if aesthetically or technically surprising, are intended to deceive and can cause disruption in both the art market and the academic field. De facto, forgery is a creation presented as the work of one artist when it is in fact the work of another.

It is between these two concepts that the complex issue of authenticity in art lies. Indeed, if this notion has evolved throughout history, in parallel with the development of the status of the artist, it is today firmly controlled according to precise criteria. Among them, the signature will become a crucial element in determining the authenticity of a work.

Between the legal and the illegal, copying is largely regulated by legislation. With the opening of the great museums from the 18th century onwards, artists, teachers and art students obtained official authorisation to place their easels in front of the works of the great masters in order to practise. These works can therefore in no way be confused with the original works, but acquire the title of original creation executed “in the taste of” or “copy after”.

Counterfeiting, on the other hand, is completely outside the legal framework and is ultimately considered a form of identity theft and an attack on intellectual property. There are many counterfeiters in history who, thanks to a well-established organisation, managed to make a fortune before being caught by the law.

Among the most famous is Han van Meegeren. This forger, famous for his forgeries of Johannes Vermeer, narrowly escaped the death penalty in the Netherlands for selling copies of the Flemish master to the German enemy during the Second World War, which were then considered national treasures. In order to escape the death penalty, Meengeren confessed his crime and had to prove it by making another forgery in prison in front of witnesses.

In the 1960s and 1970s, Fernand Legros sold fake paintings by Modigliani, Matisse and Picasso to American billionaires by obtaining certificates of authenticity from experts and the artists’ families. Later, in the 1980s and 1990s, John Myatt and John Drewe sold no less than 200 forgeries of modern artists by altering museum records and inventing pedigrees for them.

Falsification does not only affect paintings, but all art objects. The case of the Englishman Shaun Greenhalgh is a case in point. He made ceramics, paintings and silverware inspired by medieval and antique styles. He eventually sold almost 120 pieces. One of his works is now a masterpiece at the Art Institute of Chicago. After 17 years of activity, it was a small mistake on an Assyrian bas-relief that finally alerted Scotland Yard. Shaun was arrested and sentenced to 4 years in prison.

David Stein is also a good example. He will spend his life evading his creditors and the law. The forger made copies of his contemporaries such as Picasso, Matisse, Klee and Chagall. It is the latter who will uncover the fraud. When the Belarusian artist went to New York in 1966, he spotted a work signed with his name that he had never painted.
Stein will serve four years in prison and will even claim authorship of the Superman work, supposedly signed by Andy Warhol, which was exhibited at MoMa.

In short, beyond the financial aspect, the counterfeiter appears from the moment the artist he copies becomes associated with a form of genius and, his signature, with a testimony of the presence or the approach to this creative icon. 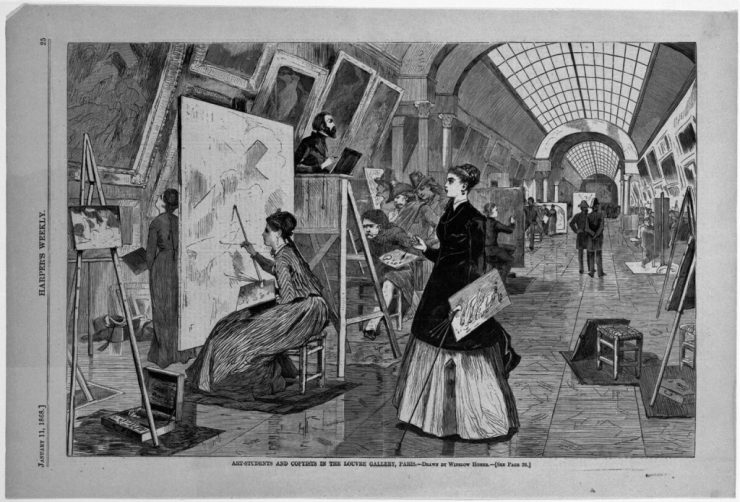 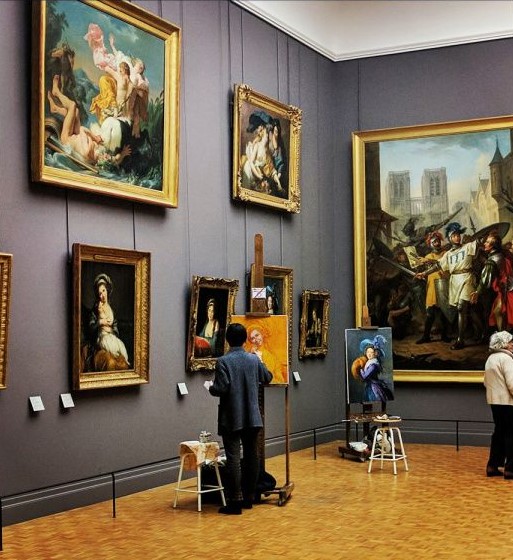 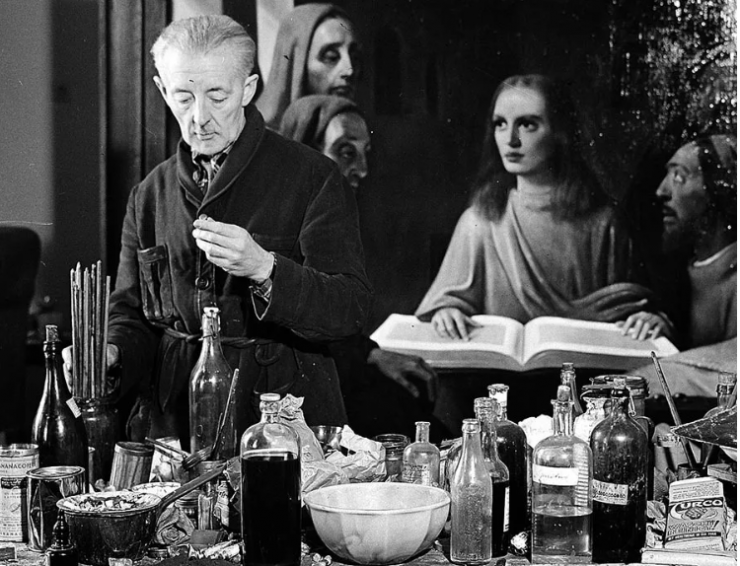 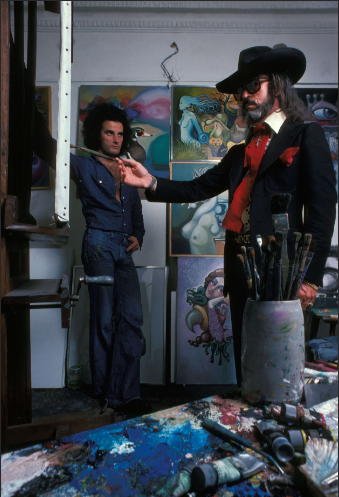 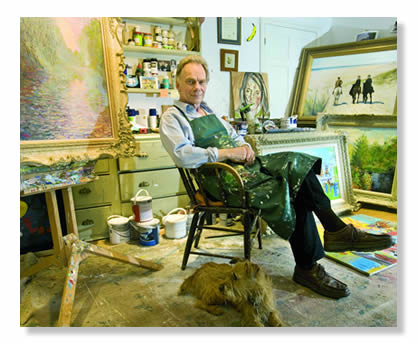 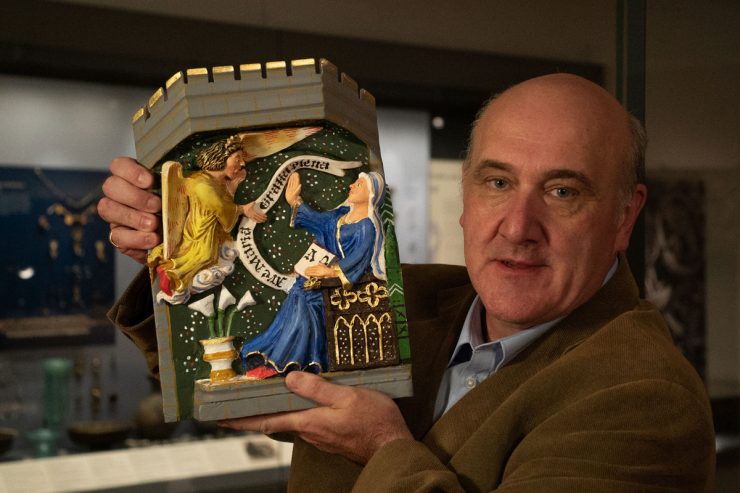 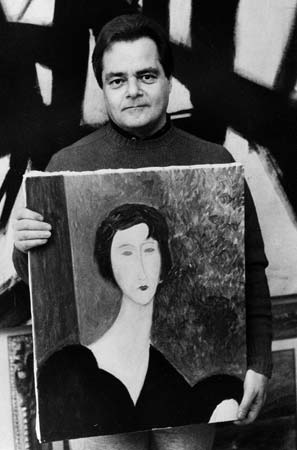 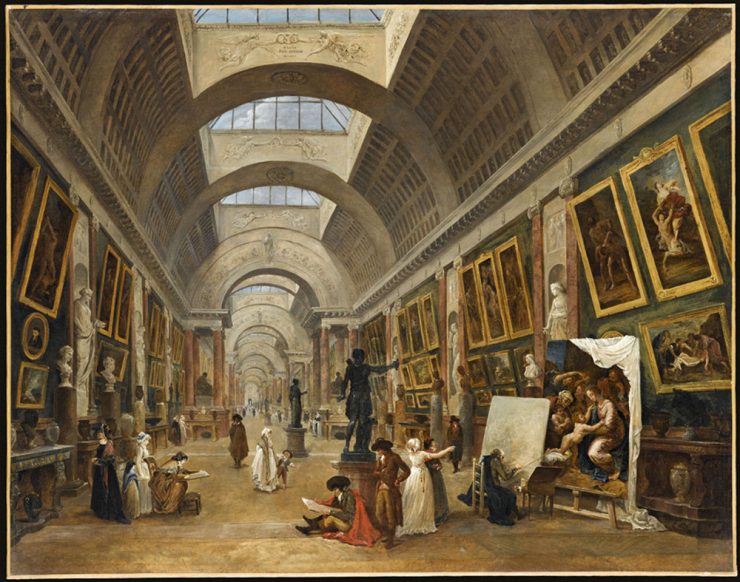