Since the Museu Carmen Thyssen Andorra and the UNICEF Andorra Committee signed the collaboration agreement in August 2018, a large number of events and actions have been organized to connect art and solidarity.

These include children’s workshops about the sustainable use of water and cities, with recycled materials or a painting of t-shirts in blue, on the occasion of World Children’s Day, which was aimed to aware children’s rights.

In addition, organized events, such as the “Music, Art and Solidarity” conference, a charity auction of artworks by amateur painters from national art schools or the #PayWhatYouWish day, raised a total of € 8,341.87 to be spent on the emergency campaign for Syrian refugees and children with disabilities in Bhutan.

During the review, Marta Alberch, director of Unicef ​​Andorra, emphasized that the agreement with the Museu Carmen Thyssen Andorra “is an example of a good collaboration between culture and solidarity, which allows to reach a very wide audience” .

The artistic director of the Museu Carmen Thyssen Andorra, Guillermo Cervera, also praises this first year of collaboration and maintains a constant commitment to Unicef, emphasizing the desire to promote permanent actions such as the donation to the moneybox in the Museum hall or the contribution of a solidarity euro with the price of the ticket.

At the same time, both institutions are committed to continue working on amazing actions for the future, such as the charity auction where the Spanish pop artist Antonio de Felipe will be participating and his artistic contribution will be added to the Andorran amateur artists. 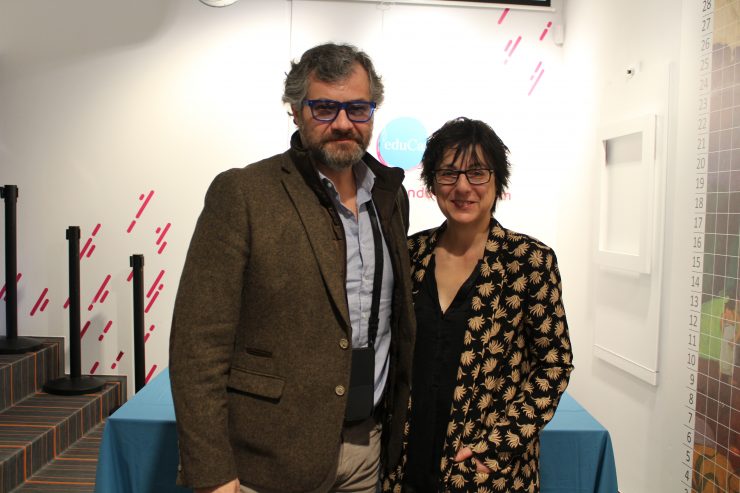