Home » News » Presentation of the catalogue of the exhibition “Made in Paris. The generation of Matisse, Lagar and Foujita”

The Museu Carmen Thyssen Andorra hosts the sixth exhibition Made in Paris. The Generation of Matisse, Lagar and Foujita, which aims to reflect the cultural magnet that was Paris at the time of the Belle Époque.

France, Catalonia, Basque, Spain, Switzerland, United-States and Georgia. Each of these countries is represented by an artist in this exceptional exhibition which, like the cosmopolitan Paris of the late 19th century, gives us a glimpse of the creative and avant-garde concentration of the French capital.

To accompany this new exhibition, we present the brand new Made in Paris catalogue.

The pages of the catalogue will allow you to discover or rediscover the history of the major art schools in the capital, written by the members of the MCTA team.  Among them, we find the École des Beaux-Arts de Paris, the Académie Julian and the Académie Colarossi. You will also find a section devoted to the so-called École de Paris and, finally, another illustrating the influences of the City of Light outside its borders with the Real Academia de San Fernando de Madrid and the imprint that Paris has left on artists around the world.

In addition to high-definition photographs of all the works in the exhibition room, there are also expert reports written by leading art historians and the General Curator of the Carmen Thyssen-Bornemisza Collection and artistic curator of the exhibition, Guillermo Cervera. Finally, to learn more about the lives of our twenty-seven creators, you will be able to discover their complete biographies.

An opportunity to explore this fascinating period in an accessible and original way!

The catalogue is available at the Museu Carmen Thyssen Andorra shop in four languages (Catalan/French and Spanish/English) for only 29 €. 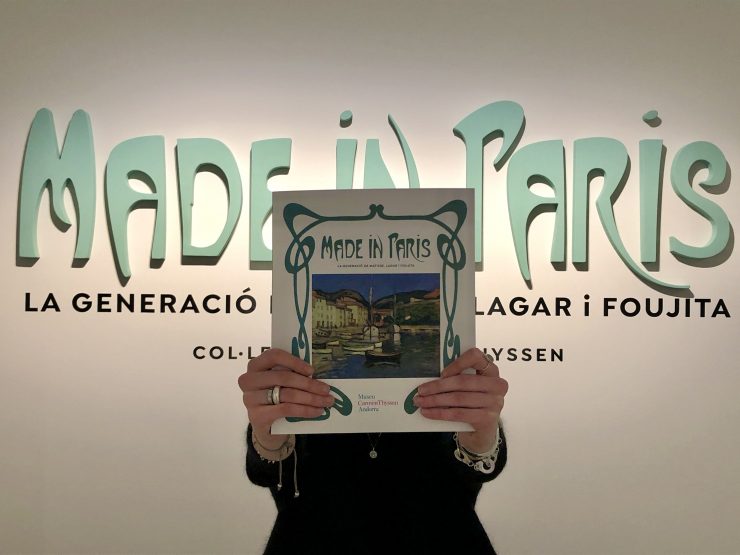