In the exhibitonroom we will find texts that connect artists in 11 different groups between influencer and influenced, and help the visitor understand the connections between works, often from different periods.

The example between Rousseau, Daubigny and Meifrèn is paradigmatic, since the description illustrates the evolution of workshop painting towards pleinair painting.

Impressionist paint frees the color and the shape and was a moment of great transformation. It represents the birth of subjective art, where it was not the motif, but how it was expressed, which determined the value of the painting.

Thus, artists such as Charles François Daubigny were among the first to choose to paint outdoors, where the charm of the moment was more appreciable. Facing directly to the motif of the work allowed to capture the eternity of an instant and make the canvas last in time. And such was his influence that a whole generation of painters, such as Théodore Rousseau himself or Eliseu Meifrèn, developed the same technique, attracted by the challenge of painting based on perceptions.

Daubigny and Meifrèn, captured sunlight in the river, instead, Rousseau prefers to capture it on the plain of Montmartre, by means of a horizontal and golden brushstroke that illuminates the entire work. Eliseu Meifrèn leads the theme of natural landscapes that dominated at the beginning of Impressionism, towards urban areas.

Although each painter found an inexhaustible source of inspiration in outdoor painting, each one reproduced this method in their own unique style. 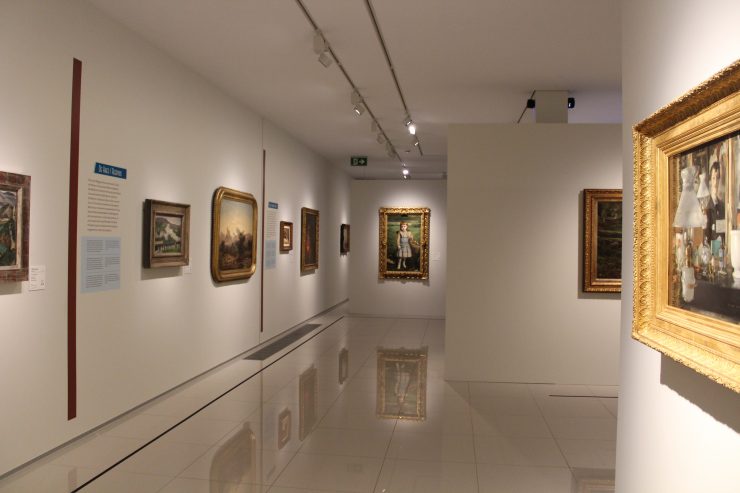