This Thursday, August 11, the Museu Carmen Thyssen Andorra celebrated its last event of the Summer Night at the Museums programme with music, in collaboration with the ONCA Foundation.

Again inspired by the Made in Paris exhibition, the Guitar Bellows duo, played by Pilar Planavila on accordion and Manu Suárez de la Vega on electric guitar, transported the audience to the cabarets and cafés of Paris during the Belle Époque.
Mixing painting and musette waltz, the audience enjoyed French melodies such as “Sérénade du pavé” or “La valse brune” as well as little anecdotes explained by the accordionist between each song. Thus, the participants listened to the Guitar Bellows concert surrounded by the works of artists who witnessed the bohemian Paris that still makes us dream today. 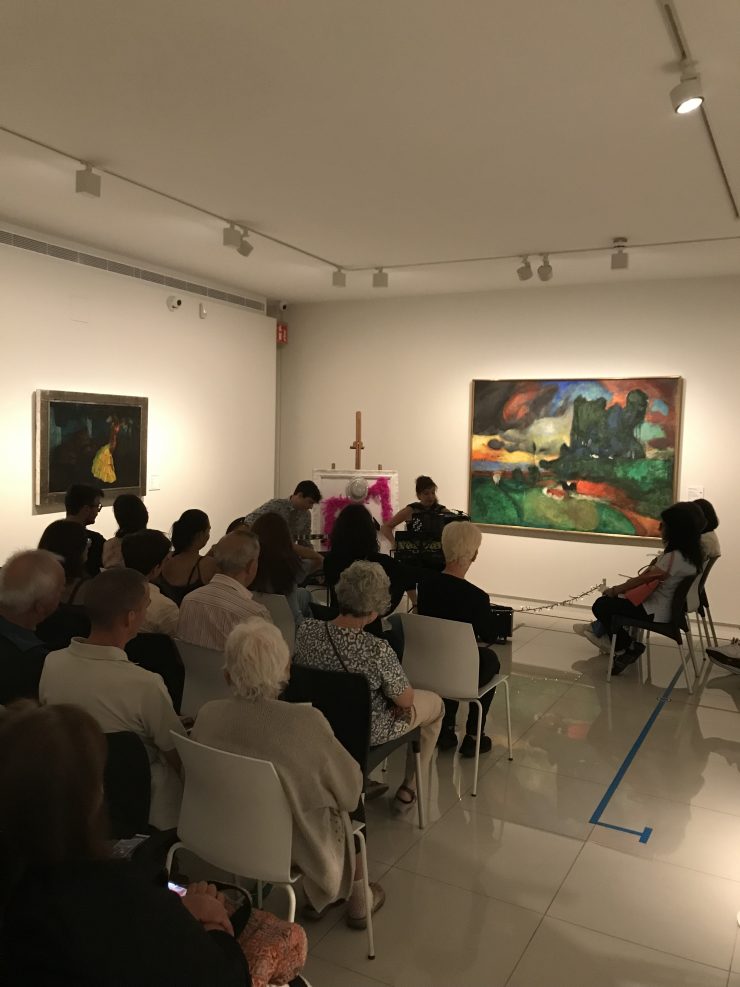