Home » News » What is Art Nouveau?

Multiform and international, Art Nouveau is the movement of curves and arabesques. This aesthetic universe, which embodies the fall of the barrier between the major and minor arts, is characterised by the return of nature to the centre of representations as well as the feminine theme.

The movement, which appeared in England in 1880 under the name of Arts & Crafts, spread throughout Western Europe in various forms. It was found in Germany under the name of Jugendstil, in Austria as a major influence of the famous Viennese Secession and in Catalonia with the famous Catalan Modernism.

A true product of the Belle Époque, Art Nouveau is undoubtedly linked to the industrial era, as it can be found in architecture, ceramics, furniture, objets d’art and glassware. Through this desire to merge fine arts and crafts, the movement goes beyond the artistic world. Indeed, it is representative of a whole new social identity that was being constructed in the 19th century, combining the elegance of the elite and the affirmation of the working class.
Each time it gained in strength, Art Nouveau was presented, along with the Eiffel Tower, at the Universal Exhibition of 1889. A few years later, the art dealer, collector and critic Samuel Bing opened the Maison de l’Art Nouveau in Paris, which housed works by René Lalique, Henry Van de Velde and Louis Comfort Tiffany.

Other figures of the movement became international. The first was the English theorist, William Morris, who argued that art should not only be found in museums and promoted the idea that the useful should be beautiful and the beautiful should be useful.

Morris’ theories were soon applied by one of the creators of the Jugendstil, the German Herman Obrist. Obrist became known for his mastery of tapestry and embroidery, as well as for his sculptures. He was notably the creator of the “coup de fouet“, a succession of hairpin curves inspired by cyclamen stems.
Another major figure in the movement was the Frenchman Emile Gallé. This master glassmaker, who found his inspiration in the marine world, opened the École de Nancy, which became the centre of French Art Nouveau. The cabinetmaker Louis Majorelle, from the same city, was influenced by Gallé. Nevertheless, his creations were not defined by exuberant forms. The craftsman found his originality through the introduction of metal elements in his furniture.

Going hand in hand with modernity, Art Nouveau is also particularly linked to technological and architectural advances, as witnessed by the famous plant-inspired entrance doors to the Paris metro, created by Hector Guimard. Another example is Victor Horta, who designed the famous house that bears his name. The Horta house is characterised by its mosaics, furniture and stained glass windows, which, unlike the old, dark bourgeois houses, let a bright light into the rooms.

In Catalonia, this artistic standard was carried by Josep Puig i Cadafalch who, thanks to his training as an architect and historian, became one of the most important figures of Catalan modernism. He was also responsible for the neo-Gothic building that housed the famous Els Quatre Gats cabaret and the Casa Amatller in Barcelona. His teacher, Lluís Domènech i Montaner, was no less important. An excellent draughtsman, political leader and respected teacher, the architect was responsible for one of the largest Art Nouveau sites in the world, Sant Pau, which until 2009 housed a hospital and which today combines this function with a museum space open to the public. This unique space, in the heart of Barcelona, consists of large pavilions, gardens and open spaces.

Finally, let’s move on to art. Poster artist, illustrator and painter, Alfons Mucha is, without doubt, one of the most representative figures of Art Nouveau. The Czech artist made women his favourite subject. They became, under his brush, iconic models full of seduction and representative of an ideal, often embodied by the actress Sarah Bernhardt. These figures, adorned with sumptuous jewels, are generally surrounded by dense vegetation. The originality of the artist’s work contributed to defining his work as the “Mucha style”.

In short, Art Nouveau is synonymous with a revolution in elegance. A symbiosis between all the skills and the representation of a new society. This movement will nevertheless be stopped with the arrival of the Great War, in 1914. 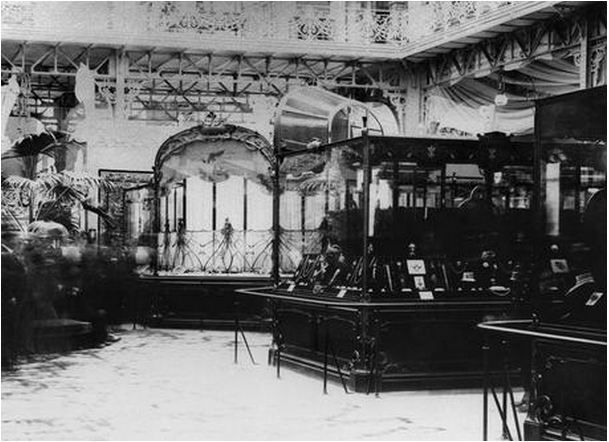 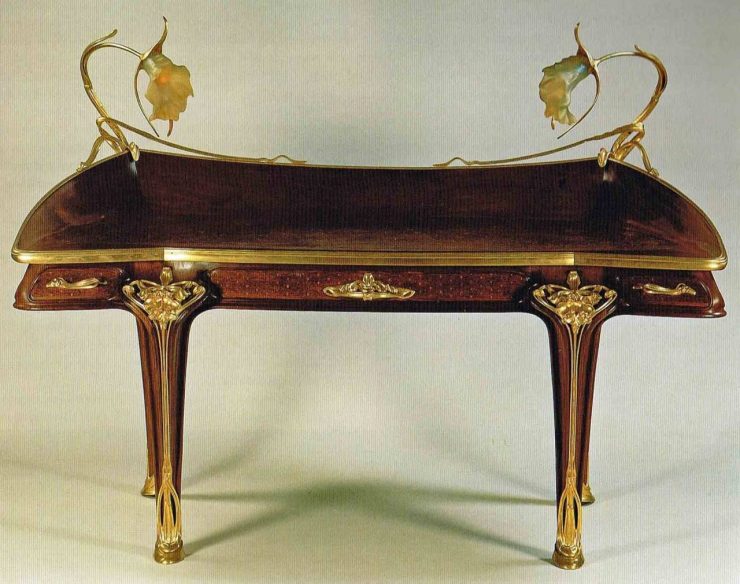 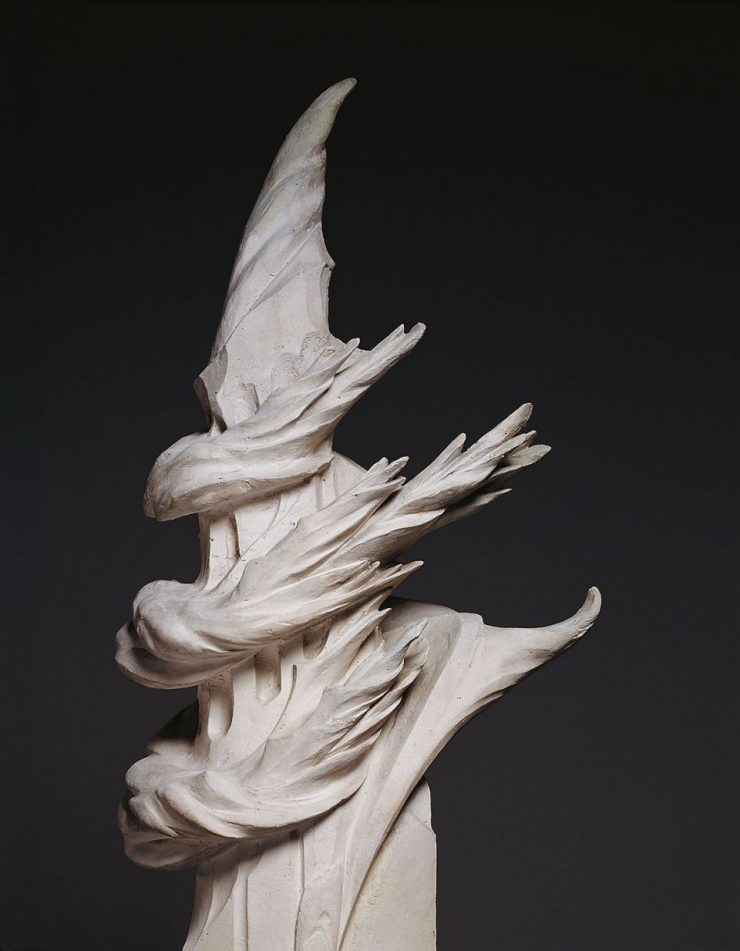 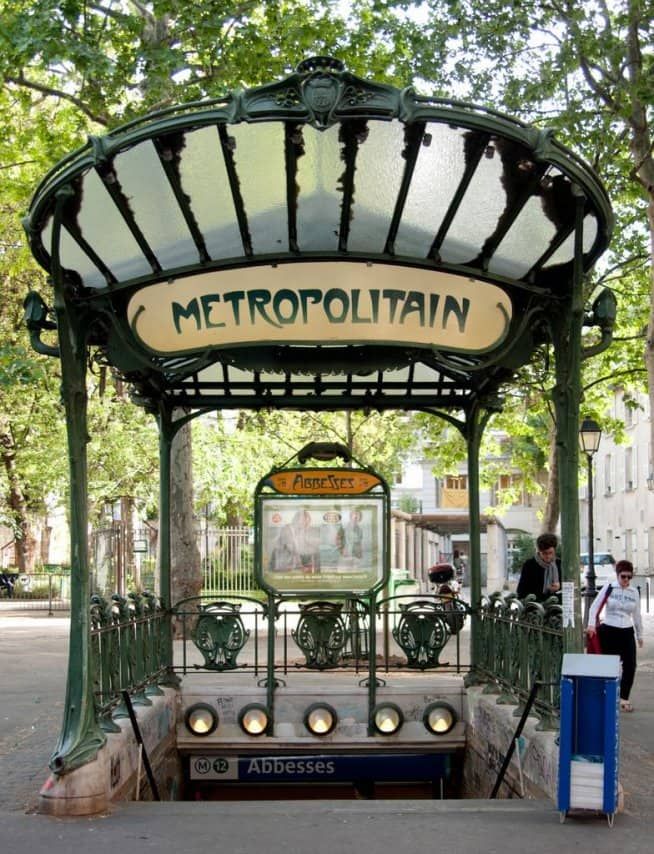 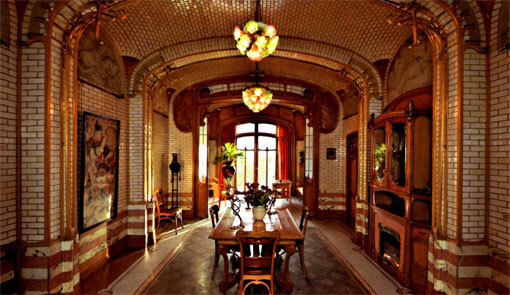 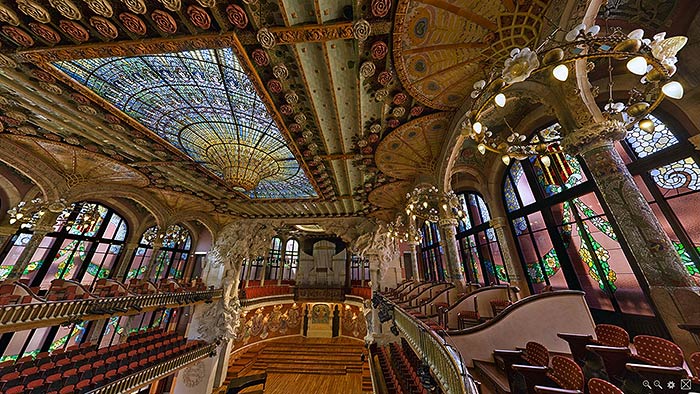 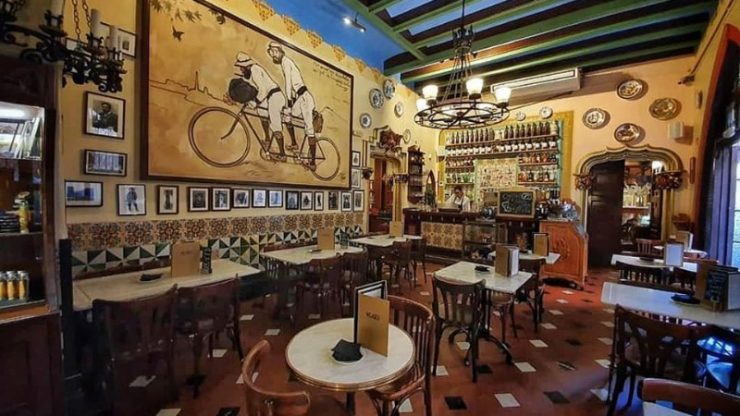 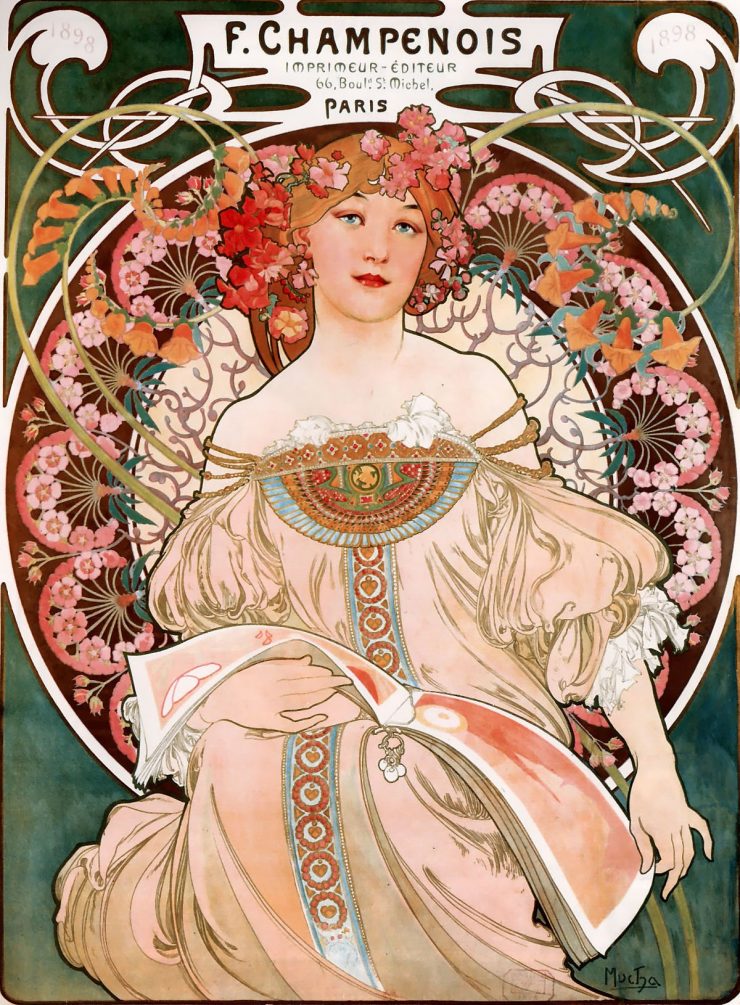