The Orquestra Nacional Clàssica Andorrana -ONCA- has offered last night a free concert at the Carmen Thyssen Andorra Museum. The musical evening has been performed by the Trio Goldberg, formed by Francesc Planella, Laia Capdevila and Mireia Planas, who have performed the only string trio created by the well-known composer Wolfgang Amadeus Mozart.

In total, the musicians played the 6 pieces that were part of the Divertimento, all of them related to 6 of the paintings that are part of Feminae Femina, such as Berthe Morisot’s “Naked Shepherd” or “Mónica” by Tom Wesselmann, among others.

About 60 attendees had a guided themed visit where they were explained the relationship between paintings and music, to get acquainted with the pieces that later they listened in the Museum hall.

This new activity proposed by the museum shows its constant concern to create recurrent events, creating a continuity and a need for evolution of the museum figure where the public can experience the works in all its senses. 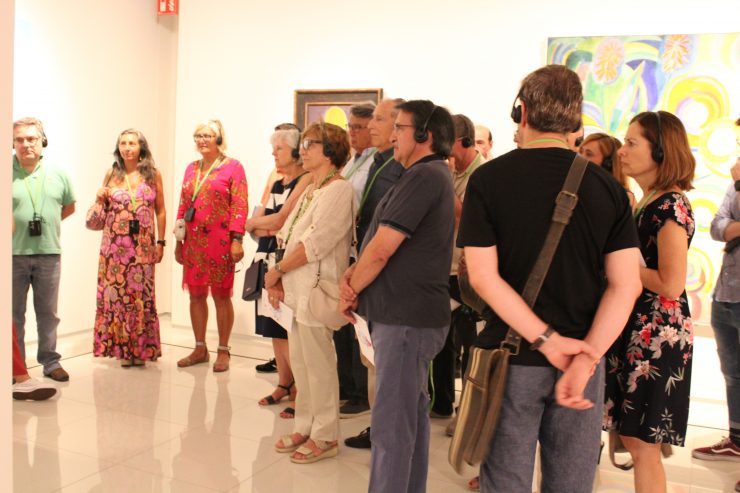